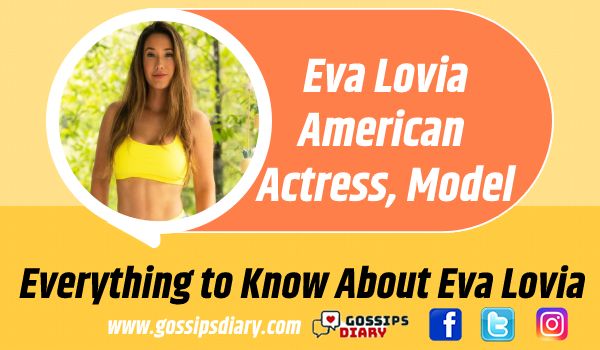 Who is Eva Lovia?

Eva Lovia, aka Candice Horbacz, is a multi-talented adult actress and model. She was born in Wilmington, North Carolina, on the 29th of May 1989. 33-year-old, she is also a feature dancer, website developer, and entrepreneur. She runs various restaurants and is the founder of Lovia Enterprises. She has also developed websites for rising stars like Chloe Carter. Eva enjoys an avid international fan following because of her compelling web content and steaming hot scenes in popular Digital Playground movies. Having a mixed Japanese and Spanish heritage, Eva Lovia decided on her screen name was inspired by her Spanish roots.

Now Eva Lovia works independently from her official website FallInLovia.com. It was developed and launched by her in 2016. It is the only place where her fans can schedule live cam shows with her. You can also see her exclusive videos, sensual photos, and personal blog posts on this website.

Eva Lovia was a sincere and dedicated student. She was interested in Psychology right from her school days. Her aptitude for Psychology made her earn a BA degree in Psychology. If Eva hadn’t been a pornographic star, she would have been a psychologist.

In one of her interviews, she revealed that she loves caring for people and has always been a nurturing person, making her interested in Psychology and healing people. She was a cheerleader in her school and wasn’t very pleasant. In fact, she has remained in a long-term relationship with her boyfriend for 6.5 years.

Stunning diva Eva Lovia stands at 5 feet, 3 inches and has a body weight of 53 kg. Her hard work and commitment result in a toned figure in good shape. The size of her breasts measures 32 inches, while the width of her hips measures 34 inches. Her physique is flawlessly shaped like an hourglass, and the 25-inch circumference of her waist is the finishing touch.

Eva Lovia started working at the young age of 15 as a cashier at Target. It was after her graduation that she began posing as a bikini model. She also participated in various pro-show modeling competitions. It was during the same time when she was also performing as a live cam model and a Bartender. She made her debut in the adult entertainment industry around 2012. Although shy in real life, Eva Lovia is quite bold in front of the camera. Her career as an adult star gave her the freedom to travel and explore her sexuality.

She has worked with many renowned adult sites like Bare Maidens, Muffia, FTV Girls, and ATK Exotics. She performed as a Mia Marx character in many of her initial solo scenes. Her first debut scene was girl/girl with Molly Cavalli for Reality Kings. This gorgeous star has won many noteworthy awards for her adult performances.

Her estimated net worth is $1.5 million as of 2022. She earns a lot from her official website, live cam shows, restaurant business, and Lovia Enterprises.

Eva Lovia can’t afford to stay away from social media. She mainly works independently, and hosts live cam shows via her official site and social media platforms. Therefore, she is pretty active on social media as it’s her primary source of income.

Eva Lovia Wikipedia says she married Eric Horbacz and has one son.

Eva Lovia has a loving family and two younger sisters she loves caring for. Surprisingly, her mother reportedly worked as a lingerie model and appeared in Playboy magazine at one point.

Q3. What is Eva Lovia’s weight?

Q4. What is Eva Lovia’s nationality?

Q5. Who is Eva Lovia married to?

Q6. What is Eva Lovia’s ethnicity?

Q7. Where was Eva Lovia born?

Q8. Where does Eva Lovia live?

Q10. When is Eva Lovia’s birthday?