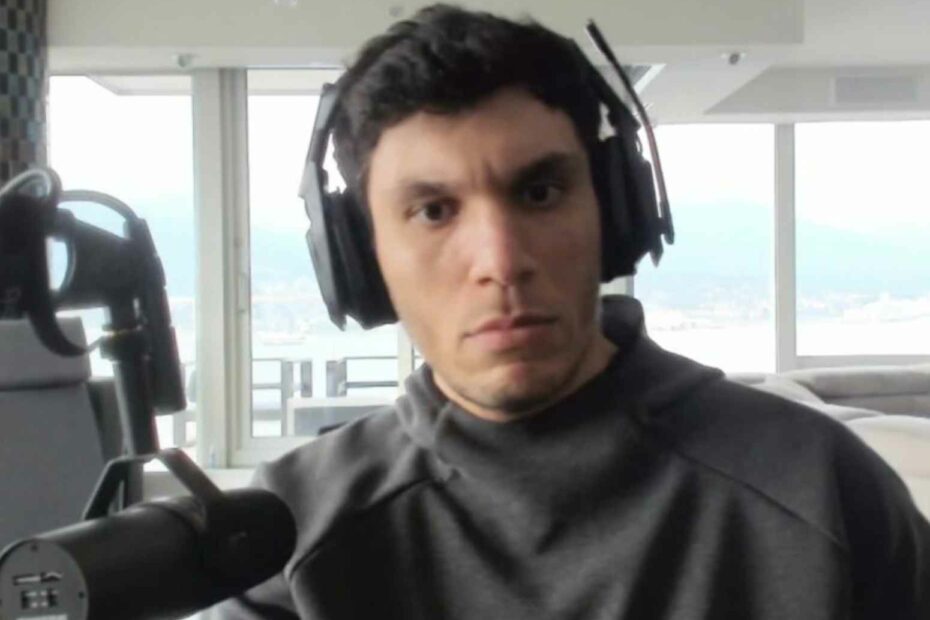 TrainwrecksTV, the popular streamer on Twitch, has been known for several controversies in the recent past. Some of them have landed him on the wrong side of the law and sometimes gotten him banned from the platform. However, since he is a pretty bright gamer, he always gets his way around these challenges and gets back to the top.

Here is a quick roundup of the recent gossip about the multi-millionaire online gamer.

The Streamer Calls Out Twitch for its Treatment of Certain Streamers

Recently, TrainwrecksTV ranted about Twitch’s treatment of certain streamers. He believed that some streamers got special treatment and more status than others and that the platform had particular favourite content that it promoted. To put his point across, he pointed out Pokimane and Hassan.

He is known to call out streamers and criticise the platform, which he feels is not doing things right. In this case, he says that the two streamers are getting preferential treatment while everyone else has been left behind. Some streamers are thought to be targeted by the platform.

Here is an example. In the recent past, there were two streamers that were found to have violated the terms of the platform – Indiefoxx and Amouranth. In this case, Indiefoxx was banned indefinitely for one mistake. However, Amouranth gets banned and then unbanned every other time. Amouranth reached the top of the platform soon after getting unbanned, while the fellow streamer had their career destroyed.

Last month, TrainwrecksTV was joined by fellow streamers Kai Cenat and Adin Ross, who broadcasted about different topics regarding Twitch. One of the things that came out of the TrainwrecksTV Gambling and conversation was that Twitch would only take care of the streamers that stream content that it likes. The rest will face the chopping block at one time or another.

In his words, the streamer said that the platform would spit on their faces and would not care. He went on to say that Twitch likes to corner players so that they do not move to other streaming platforms.

It is partly true that Twitch likes to promote specific types of content to maintain some type of image. This is where most people feel that it is biased. Another streamer, xQc, says that Twitch’s support for Hassan is being blown out of proportion.

The Twitch Positions May Not Change

Despite the rants from streamers such as TrainwrecksTV, Twitch is not likely to back down. The platform has clear terms and conditions that each user should follow. There is no special treatment that is expected of particular players such that they cannot be banned from the platform. Therefore, even if it is seen to favour some players over others, there is no reprieve for the remaining ones to do as they wish.

Most followers of TrainwrecksTV believe that the player is quite smart and does not make any significant losses in the process. However, given that most of his streams are over 10 hours long, it is not hard for him to blow millions on the platform.

Recently, the streamer revealed that he had lost millions in his gambling, much of which is broadcast on Twitch. He told his followers that he had lost a whopping $22 million in gambling and had not fully recouped his losses after the fateful game. However, he did not state the amount of cash that he had won to cover part of his losses.

The streamer is known to wager huge amounts in every game in the hope that he will enjoy huge wins. However, given that the chances of winning are largely dependent on luck, it is expected that he would make significant losses along the way.

TrainwrecksTV has been making some huge wins in the recent past and from time to time. Most of these amounts are life-changing. Every win is a chance for him to recoup some of the money that he has lost in gambling. When he is lucky, he wins more than he loses. However, given that the chances of a loss are way higher than those of a win, the streamer eventually loses more.

In a recent interview, he revealed that he was $12 million down owing to gaming losses. At the broadcast, the streamer was in the middle of a 35-hour gaming spree. During this time, he usually lets players interact with him, ask questions and get a few gaming tips from him.

$22 Million Was Lost Over Nine Months

TrainwrecksTV had won over $1 million that was spread on the stream and one of the viewers commented that the gamer was close to recouping his losses. However, the streamer replied that he was not even close to a win. It was after other viewers joined in that he decided to confess.

He said he had lost a whopping $22 million in the last nine months. He has recently attempted to recoup most of his losses by wagering large sums. However, by the time he was going live on the matter, TrainwrecksTV had only made $10 million. This left him with a hole in his wallet worth a whopping $12 million. Therefore, he gives each game a chance to reduce the amount.

TrainwrecksTV is no stranger to controversy. He talks of the issues he and other streamers face when going about their careers. Unlike others, he is open and speaks his mind on any topic that is relevant to him and the viewers. Unfortunately, the platform has strict rules and terms that players must follow to the letter. TrainwrecksTV has consistently been on the wrong side of the platform and has been banned. Otherwise, he is a realist gamer who has amassed a massive global fan base.

previousHow to Host an Epic Online Casino Night: 8 Tips for the Perfect Home Party!
nextHow did Mary fanto Died? Cause of Death Explained