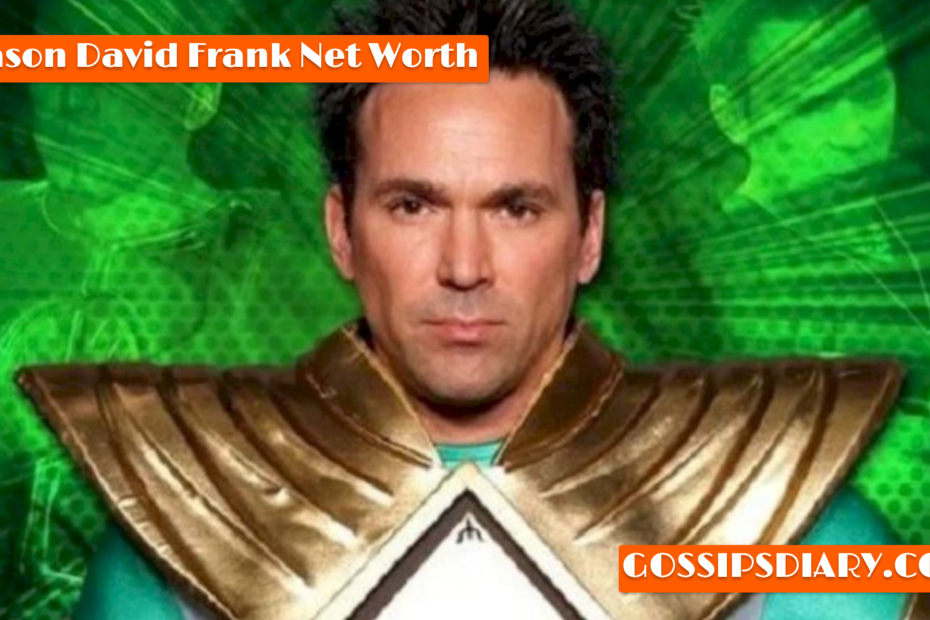 Jeremy Frank David is unquestionably one of the amazing American actors and highly skilled mixed martial artists who have truly made a name for himself in the industry with his brilliant wit as an actor and his mastery of martial arts. The most tragic development is the passing of Jason David Frank, who was well-known for playing Tommy Oliver in the American live-action Power Rangers franchise. This news was extremely difficult for his admirers to accept all over the world.

On September 4, 1973, in Covina, California, United States, Jason David Frank was born. He is the quintessential multi-talented actor and accomplished martial artist. Many facts regarding his family, including his parents’ whereabouts, are not entirely clear. We only know that he was the only child of Ray and Janice Frank and that his brother’s name was Eric Frank.

Jason’s estimated net worth was $500 000. He was an actor, martial artist, and professional mixed martial arts fighter who gained notoriety as the Green Ranger.

He was able to make his imprint on the industry because of the popularity of the Power Rangers. Mighty Morphin Power Rangers, his television program, assisted him in attracting fans from all over the world.

He also starred in the film adaptation of the same story. After that, Jason continued to take on the same role for Power Rangers Zeo and Turbo.

He kept making appearances in the Power Rangers franchise throughout his career. In addition to this, he participated in a number of MMA matches.

Also See: Jason David Frank and his relationship with wrestling

Jason David Frank, a Guinness World Records holder who has unfathomable talent, wed Shawna in 1994. Jacob, Hunter, and Skye were the names of the adorable couple’s three children. But they made the decision to split in 2001.

He met Tammie a while after the divorce, and the two quickly decided to get married in 2003. Tammie was a martial artist as well. Jenna Frank, a daughter of the couple, was born.

In addition, as we dig deeper into Jason David Frank’s life, we find that he was a genuinely hilarious person and a naughty joker who frequently pulled pranks on movie sets. Additionally, Jason David Frank is the founder and proprietor of Jesus Didn’t Tap, one of the MMA products that are very well-known in Frank’s professional career.

AFTER “INSPIRING SO MANY PEOPLE,” A STAR DEPARTS

Jason’s terrible death was originally reported online, but it wasn’t until hours later that his agent, Justin Hunt, told TMZ that the report was true.

After hearing about Jason’s passing online, Walter Jones, who portrayed the black ranger in the TV show, was also devastated.
He told the publication that he served as an inspiration for a lot of people. We will sincerely miss having him here. The loss of yet another Ranger is heartbreaking.

“Jason was one of the biggest pranksters on the show,” he continued. His sense of humor was crazy. We both experienced ups and downs, but I consistently offered to lend him my ear if he needed it. My heartfelt prayers are with his family and everyone who will miss him.

Jason’s performance as the Green Ranger has made a significant impact on the industry. Those who had seen the show were ready to end their quiet and offer respects on the platform.

“Just learned of Jason David Frank’s demise, the Green Ranger,” one user remarked. You were the first hero I can recall genuinely believing in as a young child growing up in an unstable family. I’ve always had hope in you. Enjoy your peace. Please express your love to someone. They might just require.

The cause behind the Death of Jason David Frank

The actor from the first Power Rangers movie passed away, according to his manager Justine Hunt. The actor’s correspondence still doesn’t provide much information regarding the actor’s passing or the circumstances that caused it. His manager delivered the notification of the actor’s passing on Sunday. She also asked for privacy for his friends and family because they were going through a difficult period. Jason went away at the age of 49. We guarantee to keep you informed as soon as new details become available.
Walter Emanuel Jones, who played the Black Power Ranger in the Mighty Morphin Power Rangers, one of his co-stars, also corroborated the revelation (MMPR). He posted the statement on Instagram, saying that it broke his heart to lose yet another member of his close family. When actor Thuy Trang, who played the Yellow Power Ranger in the series, died in a car accident in 2001, the original cast previously suffered a member’s loss. The actor passed away when he was only 27 years old.

Do actor and mixed martial artist Jason David Frank have a wife? If not, who is she? His followers are incredibly curious about his personal life. Tammie Frank is Jason David Frank’s wife, according to the character.