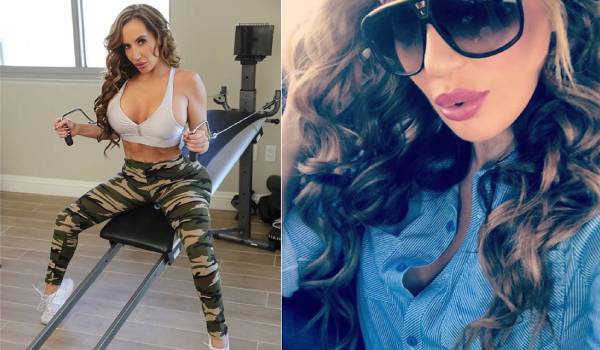 Who is Richelle Ryan?

Richelle Ryan is an American actress and an exotic model of Italian descent. On the 11th of July, 1985, she was born in Rochester, New York, United States. Richelle is presently living in Las Vegas, USA. She made her entry into the adult movie world as an exotic dancer. She was nominated for many awards and won quite a few of them. After working as a dancer for quite a time, Richelle started her acting career. When she moved to California, she had several offers for scenes, which led her to debut on her 21st birthday. Since then, she has appeared in many films like Naughty America, New Sensations, Evil Angel, etc.

Richelle is a native of Rochester, New York State, USA. Richelle attended a private Catholic school run by a group of nuns. She worked as a stripper at Paper Moon when she lived in Richmond, Virginia. She received many offers as a dancer and entered the film industry.

She started her career as a movie actress on her 21st birthday. Since then, she has been part of many beautiful movies like Curvy Cuties 3, Big Bouncing Boobies, Gazonas, Learning to Please, Head Case, Supertits or Tight, etc. She appeared in nearly 450 films as an actress. She is also a full-time model, and Richelle Ryan’s photoshoots are all over the internet and on her Instagram. Richelle was nominated for an AVN award in 2016 for “Best Group Scene” in the film “Prince of the Punisher.”

A few websites show her net worth as $17 million, and some estimate it to be around $1 to $5 million, but there is no official statement. But because she has appeared in 450 films, it’s a certainty that she has put a few stones in the bag. Her primary source of income is through acting in various scenes in different movies. She did work as the main character in a few films as well.

Not much of Richelle’s personal life is known to the public, but she does have a child. She currently resides in Las Vegas, America. As a kid, she was a self-described “Tom Boy”. Her favorite sport of all time is football. To this day, she enjoys watching football. Richelle describes herself as a “naughty school girl” who lost her virginity at around 16. She is a massive enthusiast of sports and enjoys watching the ESPN channel. Her favorite movies are gangster movies like Casinos, etc. One of her favorite TV shows is Shark Tank. Her dream car is the Bentley GT convertible. If you wondered what her birth sign was, here’s the answer: cancer.

She is associated with many films. She has been in the field since 2006. According to current records, Richelle Ryan’s affair status is blank; that’s what she says, at least. She hasn’t yet opened up about her past or present relationships.