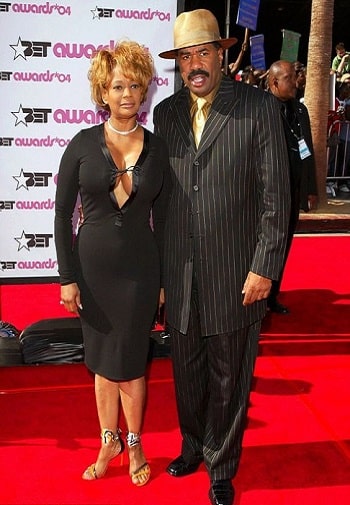 Who is Mary Lee Harvey?

Mary Lee Shackleford, aka Mary Lee Harvey, was known as Steve Harvey’s ex-wife. She was born on October 20, 1960, in Arlington, Texas, US. This American make-up artist and author came to the limelight after her marriage to the famous American comedian, actor, entertainer, and radio personality Steve Harvey (best known for The Steve Harvey Show). Steve Harvey has been married thrice, and Mary Lee was his second wife.

His first wife was Marcia Harvey, with whom he has twin daughters, Brandi and Karli. Steve Harvey’s third wife is Marjorie Bridges. In total, Steve Harvey is the father of seven children. Born in Texas, USA, in the late 1960s, there’s little known about Mary Lee Harvey’s life before her marriage to Steve Harvey. Only her controversial marriage to the famous comedian caught the attention of the media, and she gained some popularity.

How did Mary Lee Harvey and Steve Harvey meet?

It was in 1989 that Mary Lee met Steve Harvey in Arlington, Texas. During this time, Steve Harvey was working as a stand-up comedian. As per Mary Lee Harvey’s biography, she and Steve Harvey fell in love at first sight. Steve was a divorcee at the time and the father of two daughters. It is also known that Steve struggled to make a big name for himself in the entertainment world before he met Mary Lee.

In 1990, Steve’s career as a comedian began to take off, and in 1996 he got his show, the famous sitcom “The Steve Harvey Show“. The same year, Steve and Mary tied the knot in Texas. And the next year, i.e. in 1997, Steve and Mary had a son named Wynton Harvey.

How was the Mary Lee’s Relationship with Steve Harvey

As per sources, Mary Lee and Steve Harvey initially had a loving relationship. They both moved to Los Angeles, USA, after their marriage and started living their lives. When she met Starvey, he was going through a tough time due to his career and the loss of his mother.

However, like a good wife, Mary helped Stacey escape the trauma. She even left her professional career as a make-up artist to be with her husband as his career took a massive leap. However, they later started having compilations in their married lives.

Why did Steve Harvey and Mary Lee get Divorced?

According to news reports, Mary Lee and Steve Harvey started having complications in their marriage after Mary got to know about her husband’s extramarital affairs. Although not stated explicitly, rumors reveal that Steve Harvey was in a romantic relationship with Marjorie Bridges despite being married to Mary.

Therefore, Mary accused him of infidelity, and it was the reason for their 17 years of marriage coming to an end. They finally divorced in 2005; two years later, in 2007, Steve married Marjorie Bridges. Also, Mary Lee lost custody of their son to her husband.

Why did Mary Lee Harvey go to Jail?

Net Worth of Mary Lee Harvey

She is extremely rich and is believed to have a net worth of $600,000 as of 2022. She has earned a good fortune from her profession as a make-up artist. Besides that, she also runs several other businesses and endeavors. Her divorce from Steve also earned her great wealth. After their divorce, Mary moved into Steve’s house and was given a $40,000 per month welfare fee for four years until 2009. She was later awarded security money totaling $1.9 million.

Where is Mary Harvey Today?

How Old is Mary Lee Harvey?

Do Steve and Marjorie Have a Child Together?