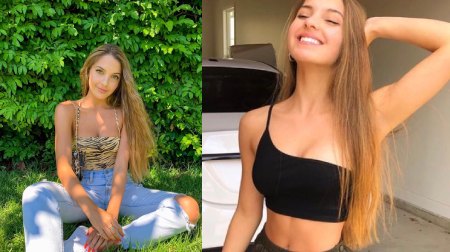 Who is Lexi Rivera?

Lexi Rivera is a famous American Youtuber, Instagram influencer, and gymnast and has a great fan following different social media accounts. Lexi is the sister of a famous Youtuber named Brent Rivera. Her brother Brent used to upload youtube videos with her younger sister Lexi and she gained enormous much love through that, now she has her independent youtube channel.

Lexi Rovera has now grown into a successful vlogger and Youtuber. She created her youtube channel in 2010 and gained about 1.7 million subscribers. In 2012 Lexi’s channel got inactive. In 2018 she re-entered Youtube and posted her first video on 1st July. Now she has around 4.99 million subscribers and she posts prank videos, fashion and beauty tips, yoga videos, and several types of comedic videos.

Lexi is from Huntington Beach, which is in California, United States. She graduated from high school in June 2019 from Huntington High School. She had also made a couple of videos on Youtube describing her high school life. Lexi created videos like “LAST DAY OF HIGH SCHOOL EVER!!!” that reached about 3.8 million views. She has not opened up about her plans for the future yet, as she is a social media influencer and I hope to choose her career paths in that direction. As before rebooting her Youtube, Lexi Rivera is an Instagram star.

Before Lexi got fame through her videos, she appeared in two of his brother’s videos Brice and Brent, where she got immense fame. Lexi Rivera starts her Youtube channel later when she was in high-school completing her graduation. She is also a skilled gymnast and won several contests.

Lexi Rivera belongs to a well-organized family. She has three elder brothers whose names are Brent Rivera, Brice Rivera and Blake Rivera. Her mother’s name is Laura Marie Paternoster and her father’s name is John. Lexi Rivera said in one of her interviews that she looks up to her mother. She says that her mother is her biggest inspiration, who always taught her how to keep a positive attitude and treat people equally. She continues that her mother is the most selfless person. Lexi wants to be like her mother and imbibe her qualities.

She has posted several videos with her mother on her Youtube channel, in which “BRENT AND I PRANK OUR MOM!!” is famous for 10 million views. Lexi Rivera’s eldest brother’s name is Blake Rivera. He is not much on social media as his younger siblings, but he is on generous terms with his parents and siblings. After Blake, Brice Rivera is the elder brother of Lexi, a social media star. He often posts vine on his social media accounts.

Then older to Lexi comes Brent Rivera, a social media celebrity who has a vast social media following. Brent Rivera has 20.4 million fans on Instagram and 14.3 million subscribers on Youtube, where he got his significant popularity by entertaining others. Both Brent and Lexi collaborated several times for their Youtube videos. Their popular videos are “I BROKE BRENT’S 10 MILLION PLAY BUTTON?” which has 7.8 million. 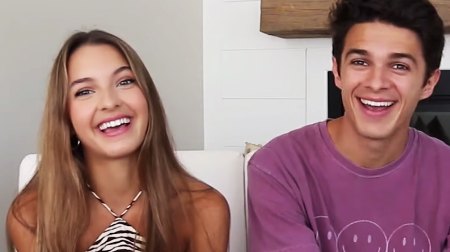 Lexi Rivera is rumored to be in a relationship with Ben Azelart, a Youtuber itself and a trained skateboarder. His Youtube videos are mainly about his skateboarding skills, pranks, adventurous kind of stuff, and challenges. Both of them were featured often in each other videos and refer each other as a “crush.” Their followers already think that both of them are in a relationship. Their popular video is “PRANKING MY CRUSH FOR A WEEK,” which has over 12 million views on Lexi’s Youtube channel.

Lexi Rivera’s net worth is around 1.8 Million as of 2020. She is famous on a different type of social media platforms: Youtube, Instagram, and Tiktok. She has about 20 million followers by adding all her three social media platforms. Lexi Rivera Youtube channel has 4.9 million subscribers and her videos have gathered over 700 million views so far.

Lexi can generate up to $6000 per day. She earns mostly from Youtube ads, brand advertisements, content creating and she creates extra money through brands like Warner Bros, Smule. She also worked in a web-series named “Brobot”.

Question- What city does Lexi Rivera live in?

Question- How much is Lexi Rivera’s Worth?

Question- How tall is Lexi Rivera?

Question- How old is Lexi Rivera?

Question- Who is Lexi Rivera’s Brother?

Question- Is Lexi Rivera in a relationship with Ben Azelart?