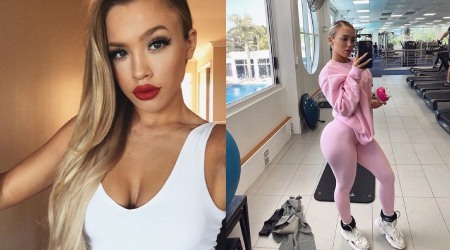 Who is Tammy Hembrow?

Tammy Hembrow is a fitness expert and an Instagram star. She hails from Australia and shares her experience in maintaining fitness through her blogs. As a fitness guru, she is famous for inspiring mothers to keep their bodies in shape in the post-pregnancy phase. Apart from owning sponsorships for Teami Blends and Protein World, she also boasts 10 million-plus followers.

While growing up, Tammy attended different schools. Prominent among them is the Australian International School in Singapore. Though she enrolled for a business course with marketing as the major subject, she couldn’t continue her course program as she dropped out of school.

Tammy Hembrow’s family consists of her father, Mark Hembrow, her mother, Nathalie, and her two sisters, Amy and Emilee. They are elder than her by four years and two years, respectively.

Apart from these siblings, she also shares two half-sisters by the name of Starlette and Ava. She got into a relationship with Reece Hopkins in 2014 at the age of 20. From this relationship, they have a son and a daughter. They broke up in 2018 and, at present, own the joint custody of the children.

Despite his keen interest in sports, Tammy had difficulty maintaining her health and physique due to her poor diet and bad eating habits. However, she came to realize the downsides of drinking and smoking during her adolescence. Thereafter, she gained control over all her bad dietary and lifestyle habits to kickstart her career as a fitness guru. Also, she started doing her regular workouts and was amazed at the subsequent stages’ fitness results.

After embarking on her fitness journey, she took to Instagram and posted her pictures on her profile. By the time she was expecting a baby, she had managed to build up a decent fan base on social media.

To track her pregnancy, she started posting her pictures on Instagram. This move brought her a step closer to young pregnant women who have a hard time keeping their body in shape after their pregnancy phase. 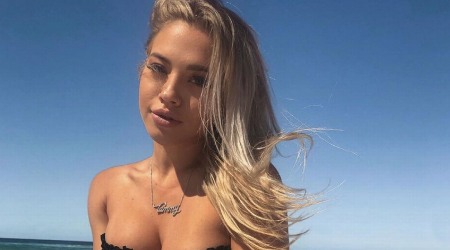 Tammy has never looked back after getting under the spotlight of fitness for mothers in the post-pregnancy phase. Even her break-up couldn’t deter her from posting videos and pictures on social media. Though Instagram is her forte, she also has a YouTube channel on which she posts fashion and fitness-related videos.

The estimated net worth of Tammy Hembrow is $13 million. She is one of the major names in the fitness industry, which has risen to the heights of success from scratch. Tammy has started numerous brands, most of which have become successful.

She markets for personalized training programs and sells them to benefit women who are focused on maintaining their fitness. Besides being an influencer, she also makes money through endorsements and brand deals from renowned underwear companies and her channel on YouTube.

On average, her earnings touches the 3.5 million mark. It is likely to increase in the next few years, given her rapidly rising popularity.

If you compare the life of Tammy Hembrow before and after, you are likely to see several changes between both the phases.

She is one of those stars who has had her share of ups and downs in her life. She entered into a marital relationship with Reece Hopkins in 2014. Tammy was 20 years old back then. Despite the relationship going well for quite some time, it eventually came to an end.

According to news reports, it happened to convert the romantic relationship between them into an acrimonious one as Tammy wanted to move to Los Angeles.

After being together in a relationship for five years, Tammy and her partner decided to call it quits. Both of them share the custody of Tammy Hembrow Kids, Wolf and Saskia. Their ages are five years and four years, respectively.

She is one of the most popular celebrities on the Internet. This has been possible due to her active presence on social media.

She is essentially an Instagram sensation with a considerable number of followers. Tammy channels her experience of maintaining the body in the post-pregnancy phase through blogs. She uses both her Instagram account and blogs well to send her message across to her followers.

Other than Instagram, she also has an active presence on YouTube. She owns a channel on YouTube with more than 1.3 billion subscribers. To keep her subscribers posted with the latest information, she shares her fashion videos and vlogs.

Though there is no Tammy Hembrow Wikipedia page currently, it can be expected in the upcoming months, given her rapidly rising popularity on the Internet.

Tammy Hembrow is not married yet. However, she got into a relationship with her fiance, Reece Hopkins, in 2014. From this relationship, they had a son and a daughter.

After being in a relationship with Reece Hopkins for four years, she broke up with him in 2018. She has been dating Matt Poole since who is the current Tammy Hembrow boyfriend.

Q1. What city does Tammy Hembrow live in?

Q2. Where is Tammy Hembrow from?

Q3. What is Tammy Hembrow’s ethnicity?

Q4. How is Tammy Hembrow rich?

Q5. How tall is Tammy Hembrow?

Q6. Why did Tammy break up with Reece?

Q7. How old is Tammy Hembrow?