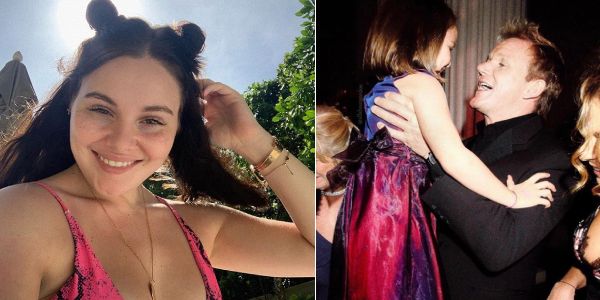 Who is Holly Anna Ramsay?

Everyone might know about Gordan Ramsay, who is recognized as one of the most prominent chefs worldwide. Holly Anna Ramsay is born to him. Besides being familiar to the audience Holly Anna Ramsay Daughter of Chef Gordon Ramsay, she had her self-made personality in the modeling world. It is not only this, but she is a social media star, where she has amassed fans. Many television shows feature Anna and her dad, which is why she is friendly with being record from the age of 4. Here we have jotted down Holly Anna Ramsay’s bio and some interesting facts about her life.

Holly Anna Ramsay was born on New Year’s day, i.e., 1st of January 2000 (20 years as 2020), to a very famous couple. Her father, as I already mentioned above, is a very popular British Restaurateur and Chef. However, being limited to the food industry, he has also been part of quite many Cookbooks, television shows, etc.

Ramsay’s mother is Cayetana ‘Tana’ Elizabeth Hutcheson, an ex-school teacher trained from Montessori. She is also used to publish books based on cooking. Presently, she is a Television Broadcaster.

Holly Anna Ramsay is not the only child to Gordan and Cayetana but is a twin and the second oldest among the five children they have. Megan Jane is the elder sister to her. She is a twin with her younger brother Jack Scott and the other two younger siblings are Oscar James and Matilda Elizabeth.

As far as Holly Anna Ramsay Body Measurements are concerned, then the British girl hailing from England has brown hair and a set of deep brown eyes. Other information like her height, weight, etc. is yet to reveal.

Born to already celebrities, she has grown up between many other stars and attended many television shows. Thus, from a very early age, she has been there in front of cameras, which helped her kick-start her stardom as a celebrity kid. 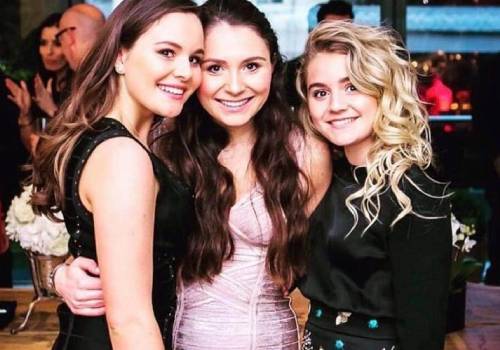 As for now, she is focusing majorly on her modeling career, and she has also joined up a contract of modeling with Est Models. Since her childhood, she has gained media exposure as she also used to serve as a plus one to her father’s presence at the most esteemed, high-status events like GQ Awards and BAFTA.

Apart from that, she gained a significant horde of followers when in the year 2012, she showed up at the Teen Choice Awards event. It doesn’t end here; she used to appear on a successful family show aimed around Gordan Ramsay’s children, particularly spotlighting Holly Anaa’s younger sister Matilda Ramsay. 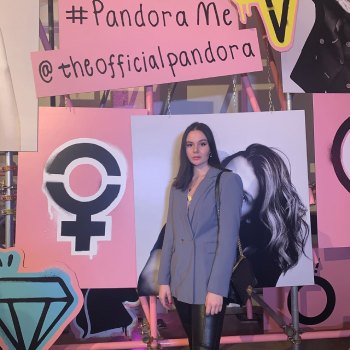 It is entirely foreseeable to guess the hottest girl having millionaires worth in the industry being Gordon Ramsay’s daughter. Still, the good thing is that her parents are very austere and strict when it comes to their children getting spoiled. All the kids were provided with limited pocket money.

Not even is this, but they never let their kids have the first-class experience if not needed. However, there is not much information on Holly Anna Ramsay Wikipedia Bio about her net worth, although her father’s wealth is somewhere around $220 million.  But she must have mounted up a reasonable sum of money till now.

Seeing Holly Anna Ramsay Instagram, it seems as if she was meant to be such a diva over the social media platform. The girls’ Instagram followers are somewhere sitting on a surprising number of 217,000. However, she seems to be not having any activity on Facebook and Twitter. She also has a loving dog that has a sweet chocolaty name, truffle. Her fan family can stay tuned to her dog’s activity as well. 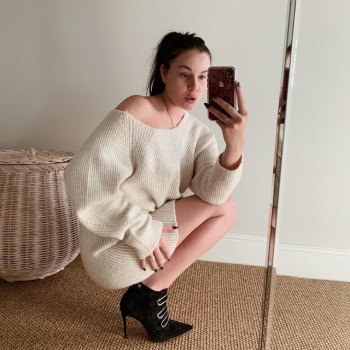 Holly Anna Ramsay affairs are not known to the media world, but it is being said that she currently not in any relationship and even has that many links to any other person. It is okay if she is focused on her career considering her young age. I guess this is the reason why she has gained so much fame in just a matter of time.

Although she has a friend with whom she is close to for a very long time. His name is Brooklyn, and they both have almost similar ages as well, so it might be possible that they may hook up, but this can be considered only as rumors.