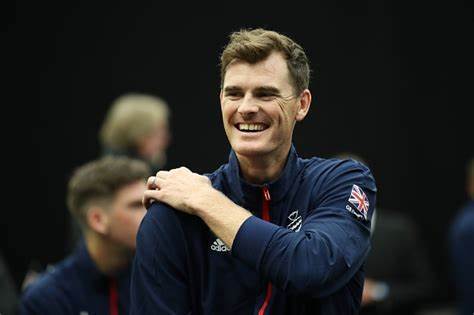 The British tennis champion, Jamie Murray, is popularly known for his brilliant performance in tennis doubles. The winner of seven Grand Slam titles, several awards, and numerous trophies, Murray is an amazing tennis player. He has set multiple world records and taken the world of tennis to another level. Murray, with his bright smile and competent personality, is one of the best players in Scotland.

Who Is Jamie Murray?

Jamie Murray, born and bred in Scotland, is a highly renowned professional tennis player. He comes from a sports background, with his younger brother, Andy Murray, following his footsteps. Both players have won numerous titles and have been playing tennis for several decades. Born on February 13, 1986, Jamie has a sports ancestry, with his grandfather being a professional football player.

Murray started playing tennis at a tender age and started competing with other players when he was 10. He was trained by his mother, Judith Murray, for a long time before he became a part of professional teams. Since then, Jamie has won more than 20 titles and has become one of the best tennis players to ever exist. He also enjoys golf and has a keen interest in expressing his opinions publicly. Also, he is a family man who enjoys spending time with his family and is particularly possessive of them.

Though not much about Jamie’s father is known, his mother has been a public figure. Judith’s father, Roy Erskine is popular for his contribution to the football industry. Since Jamie is a highly skilled tennis player and comes from a wealthy family, his net worth is expected to be in the millions. He has collected as much money as he garnered fans. Jamie Murray net worth spans 6 million dollars as of 2023. Just like his popularity keeps increasing, his net worth is expected to keep flourishing as well.

The Manchester United fan began his professional career in 2005, up until then he was playing as a junior for the Junior US Open. The year marked the beginning of multiple things for Jamie Murray. He played in Nottingham for the first time just like he played with his younger sibling as a senior for the first time. Then, Jamie went to play in the Wrexham Challenge and his career took flight. Until now, Jamie has been a star player who has won over 500 matches.

As a public figure, Jamie has to stay active on social media. He is a boisterous man who has been seen smiling in almost each of his Instagram posts. He has a stellar fan following of over 83K followers. Jamie keeps posting pictures with his family and regularly shares updates of his life over there. He is very active on Instagram and Twitter while he is not so keen on other social media.

Born to Judith Erskine-Murray and William Murray, Jamie has led a quite stable life so far. He has one younger brother, Andy Murray, who shares his tennis passion and both of them make an amazing team. They are trained by Judith even though they lived with their father most of the time.  In 2009, Jamie met Alejandra who was an MBA student then. A year later, both of them got married and now share four kids. 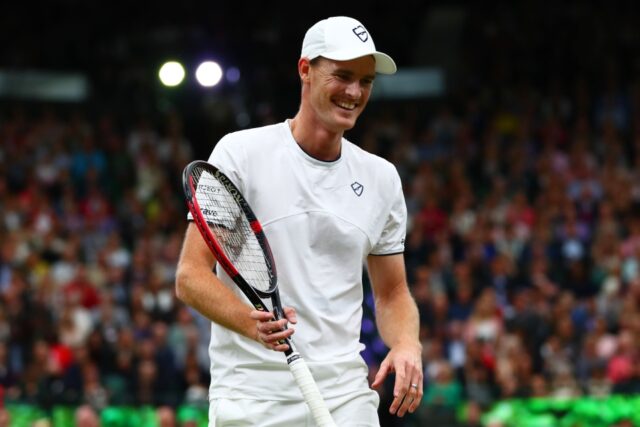 Ever since Jamie started playing professionally, his career has seldom witnessed any down-lows. But recently he was seen getting frustrated as he was thrown out of an Olympic match. We all know how much Jamie is desperate to win an Olympic match but when he lost yet another match, his frustration got the better of him. Though he didn’t throw any accusations and walked out gracefully, there was no mistaking his rising agitation. Since the Olympic matches are played only once every four years, his agitation was highly justified.

Also, Jamie has been seen quarrelling with the infamous hothead Barbara Strycova. Their argument stretched for more than 10 minutes and brought the attention of the management and the audience to them. It wasn’t unusual, given that heated arguments between players have been going on for centuries. But it certainly made headlines for quite a while. Jamie is no stranger to making headlines but controversies seem a bit far away from him.

Just like 2005 has been a pivotal year for Jamie Murray, 2022 seems to be joining the league as well. Jamie has played against several opponents in his almost two-decade-long career. At just 36, Murray is one of the most celebrated tennis stars. In November 2022, he added another milestone to his long list of achievements. Following Marcelo Melo, Jamie Murray has become the second tennis doubles player to have won 500 matches. Since his career hasn’t been too long, the achievement seems quite significant.

Question: Who Is Jamie Murray?

Question: How Old Is Jamie Murray?

Question: What Is Jamie Murray’s Net Worth?

Answer: No, Jamie is not single.

Question: What Is Jamie Murray’s Height?

Question: How Many Kids Does Jamie Murray Have?